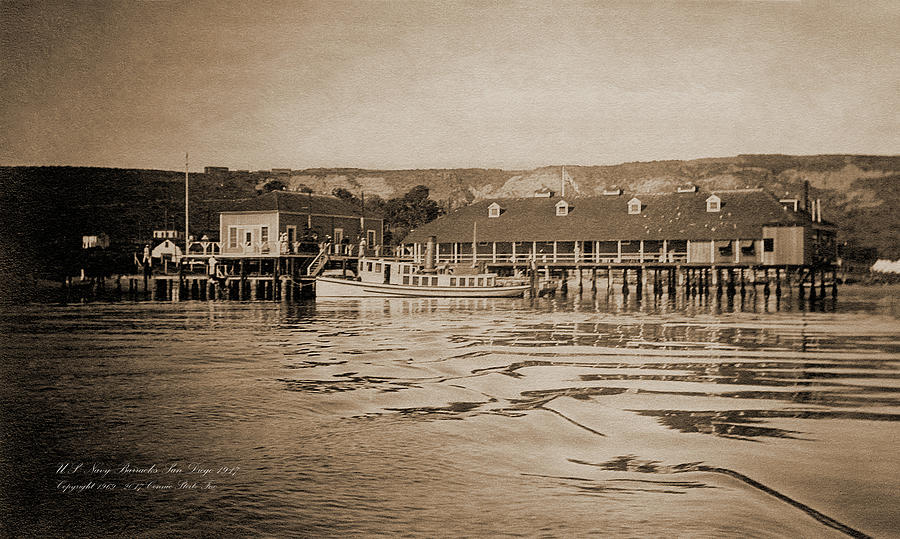 Carefully restored 1917 film photo of the United States Navy barracks at Point Loma, San Diego Bay, California, USA, during World War I. This unique, historic image featuring the mess hall (called the barracks) was captured by my grandfather, stationed at San Diego. He gave it to me in 1969. Every effort was made to keep the image true to the original, a small black-and-white sepia.

Judging by the topography and other clues, this appears to be the original Naval base at Point Loma. The current Naval Base Point Loma is home of the U.S. Third Fleet and today supports the U.S. Pacific Fleet.

Copyright 1969-2017 Connie Steitz Fox. Scanned with an Epson Workforce Pro, and restored and posted 100 years after it was taken.

FEATURED on the homepage of Creative Black and White, September 2017. My thanks!

A TOP FINISHER in the Military Contest, May 2019. My thanks to all who voted!

Excellent capture and artwork! F/L …voted for this piece in the contest SEPIA PHOTOGRAPHY

Congratulations!! This stunning Black and White image has been featured today in "Creative Black and White Fine Art Photographs" Group!! You are welcome to add a preview of this featured image to the group’s discussion post titled “Stunning Group Features in September 2017” for a permanent display within the group, to share this achievement.

Angie, thank you so much for featuring this image. I'll add this as you suggested.

Thank you, John. I'd love to learn more of the history behind it.