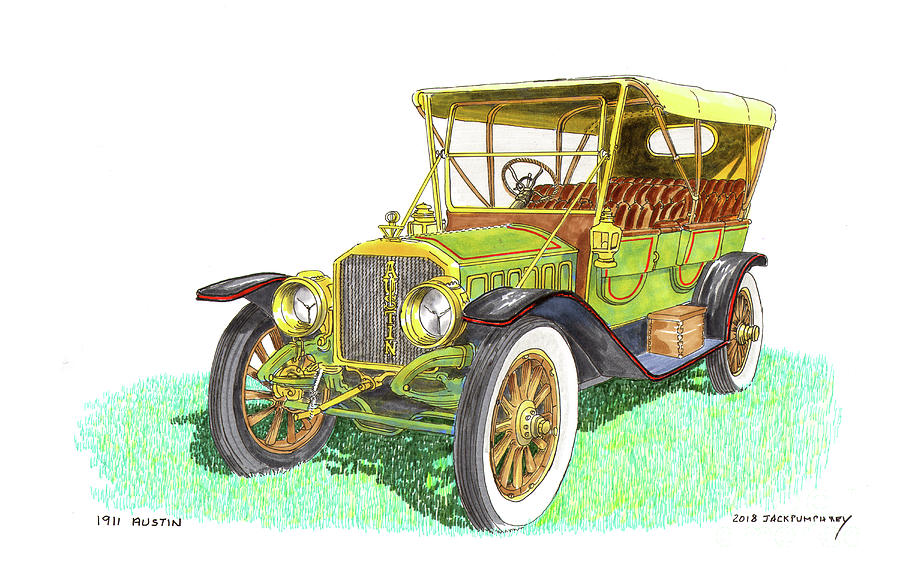 A watercolor and marker pen drawing of the 1911 Austin Automobile, "The most beautiful car in the world", Writes David Setterland in his description of the Austin, is what the Austin Automobile Company thought of their products. They even had for a slogan when advertising "The Highway King ". The company located in Grand Rapids, Michigan became one of the first companies to build automobiles in that city. Over the next few decades some twenty five plus manufacturers gave production a go in Grand Rapids. One advantage they had was the Sintz gasoline engines were built in the city and the company even tried themselves building an automobile named the "Sintz".