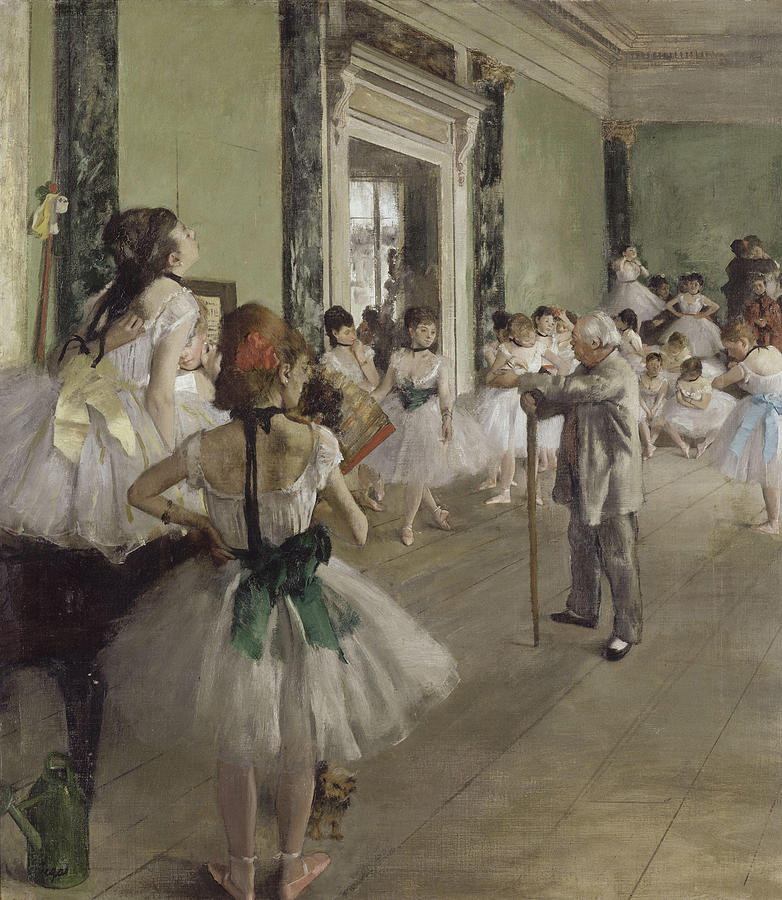 This is a reproduction of Edgar Degas’ classic, “The Ballet Class”. The original was created in about 1874 by the French founder of the Impressionist school. Degas was about forty years old when he created this masterpiece. It was an expression of his love for the ballet whose dancers remained one of his favorite subjects for his entire professional life. At this time he had just returned to Paris from New Orleans. He became a leader of the French Impressionists, though he never believed the term was an accurate description of his style. He was living off his painting sales and well on his way through a sixty-five year artistic career. The original is an oil on canvas and measures 85 by 75 centimeters. It is in the Musee d’Arsay in Paris.