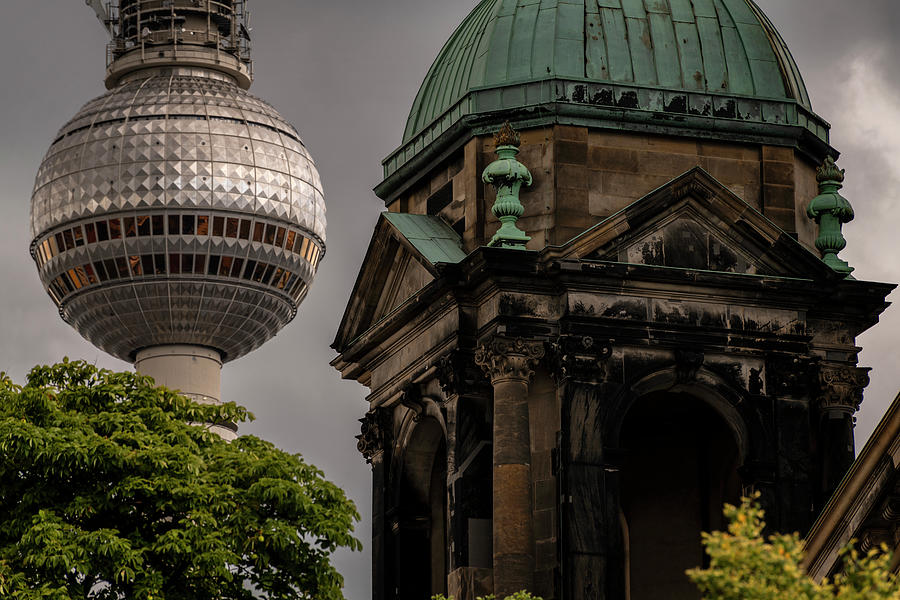 Situated in the Marien quarter (Marienviertel), close to Alexanderplatz in the locality and district of Mitte, the tower was constructed between 1965 and 1969 by the government of the German Democratic Republic (East Germany). It was intended to be both a symbol of Communist power and of the city. It remains a landmark today, visible throughout the central and some suburban districts of Berlin. With its height of 368 metres (including antenna) it is the tallest structure in Germany, and the third-tallest structure in the European Union.

In addition to its main function as the location of several radio and television broadcasting stations, the building – internally known as "Fernmeldeturm 32" – serves as a viewing tower with observation deck including a bar at a height of 203 metres, as well as a rotating restaurant. The distinctive city landmark has undergone a radical, symbolic transformation: After German reunification, it changed from a politically charged, national symbol of the GDR into a citywide symbol of a reunited Berlin.

The tower has become one of the most prominent symbols of the country and is often in the establishing shot of films set in Berlin, alongside monuments such as the Brandenburg Gate, the Berlin Victory Column and the Reichstag building. It is also one of the ten most popular attractions in Germany with more than 1,000,000 visitors every year.