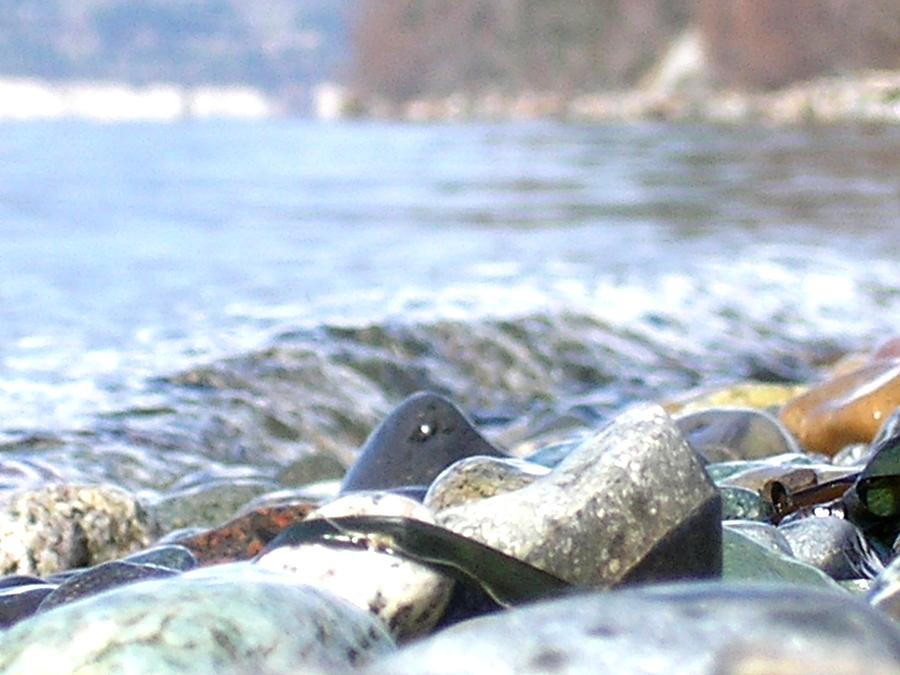 Gravel /ˈɡrćvəl/ is composed of unconsolidated rock fragments that have a general particle size range and include size classes from granule- to boulder-sized fragments. Gravel is sub-categorized by the Udden-Wentworth scale into granular gravel (>2 to 4 mm or 0.079 to 0.16 in) and pebble gravel (>4 to 64 mm or 0.2 to 2.5 in). One cubic yard of gravel typically weighs about 3000 pounds (or a cubic metre is about 1,800 kilograms).
Gravel is an important commercial product, with a number of applications. Many roadways are surfaced with gravel, especially in rural areas where there is little traffic. Globally, far more roads are surfaced with gravel than with concrete or tarmac; Russia alone has over 400,000 km (250,000 mi) of gravel roads. Both sand and small gravel are also important for the manufacture of concrete.

Large gravel deposits are a common geological feature, being formed as a result of the weathering and erosion of rocks. The action of rivers and waves tends to pile up gravel in large accumulations. This can sometimes result in gravel becoming compacted and concreted into the sedimentary rock called conglomerate. Where natural gravel deposits are insufficient for human purposes, gravel is often produced by quarrying and crushing hard-wearing rocks, such as sandstone, limestone, or basalt. Quarries where gravel is extracted are known as gravel pits. Southern England possesses particularly large concentrations of them due to the widespread deposition of gravel in the region during the Ice Ages.

I've sold mostly originals. In fact, I have a few originals in my possession right now and all the rest is gone, but not their images... they last forever.
I started showing my art at the end of 2005 in Italy... it was a challenge and I embraced it.