The Railyards Of Sacramento 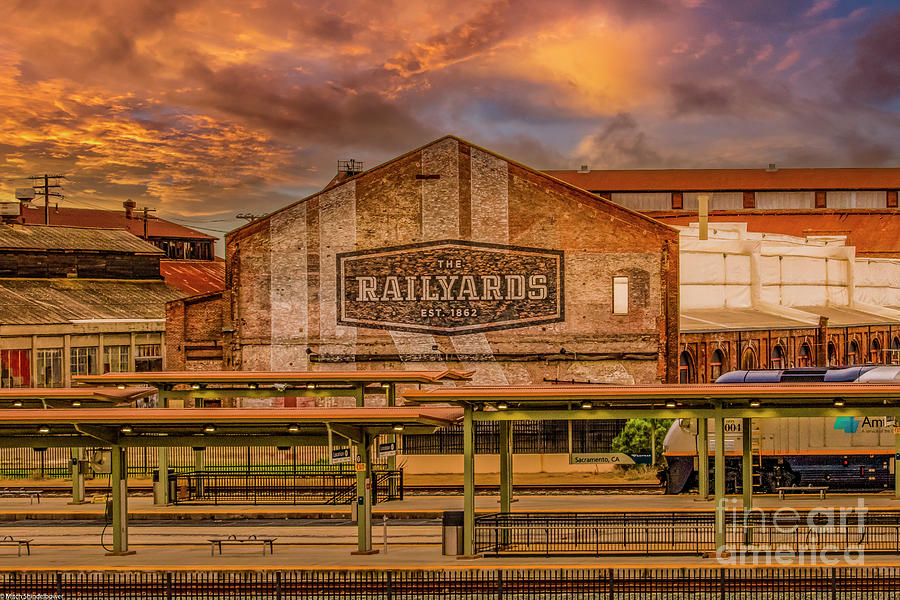 The Railyards Of Sacramento

The Railyards Of Sacramento...The first railroad in Sacramento as well as California was the Sacramento Valley Railroad finished in 1856 and engineered by Theodore Judah. Judah's efforts to realize a transcontinental railroad was transferred to the power of "The Big Four" investors, who created the Central Pacific Railroad. The First Transcontinental Railroad was completed in 1869, when Central Pacific's line joined Union Pacific's at Promontory Summit. Sacramento's terminus was the primary departure station for the railroad until 1883.[3]

Central Pacific merged with Southern Pacific in 1870, and the former's maintenance yards were expanded with the addition of the Southern Pacific shops. The shops were used for locomotive repairs, general maintenance and, occasionally, creation. The yards steadily expanded, becoming the biggest railroad facility west of the Mississippi River and employing approximately one-third of all Sacramento workers in the early decades of the 20th century.[4]

Railroad usage in the United States gradually declined over the century, and by the at beginning the 21st century, railyard upkeep had become less economically viable and laid largely dormant. In 2003, developer Millennia Associates vied to purchase the southern 70 acres (28 ha) of the railyards, hoping to eventually obtain the entire railyard from Union Pacific.[5] Millennia’s financial partner, Thomas Enterprises, eventually finalized the railyard purchase on 2006-12-29.[6] In 2015, the 200-acre Sacramento Railyards property was sold to Downtown Railyard Ventures, LLC., with experienced local developer Larry Kelley and his partners, Denton Kelley, Jay Heckenlively, Frank Myers and Alan Hersh serving as the master development team for the project.[7]

Environmental remediation on the site has occurred since the 1980s. The California Department of Toxic Substances Control (DTSC) and the Environmental Protection Agency have identified numerous soil and groundwater contaminants on and near the development area. The nearby Jibboom Junkyard was listed on the National Priorities List (NPL) and identified as containing metal contaminants in the soil.[8] After remediation and NPL deletion in 1991, a 2007 review of the site assessed that while the contaminants still persist, their levels remain protective of human health concerns.[9] Similar metal contaminants are found in the Sims Metal Recycling property in the project area.[3] A 2007 Memorandum of understanding gives DTSC oversight over remediation procedures and ensures the site is remediated to target levels.

The redevelopment phasing has been allotted into five phases; the first phase, infrastructure building, is currently under construction.

Beautiful work Mitch! I love the light and tones and love the sense of history!

You have an excellent eye for the light and it’s play on color, Mitch. Great vision. - Mike (V/F)