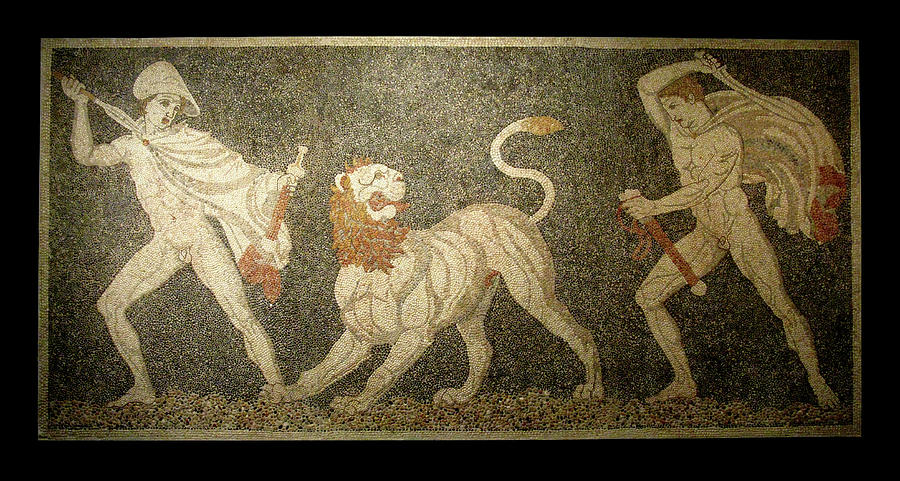 Pebble mosaic floor from the "House of Dionysos" at Pella (Macedonia, Greece) with a scene of a lion hunt. Last quarter of the 4th century BCE. (Pella, Archaeological Museum). The composition depicts the moment when the two huntsmen, one on either side of the lion, are preparing to kill the beast. The figure on the left has been identified as Alexander the Great himself while the figure on the right may be Alexander's companion Hephaestion or the general Craterus who saved Alexander's life during a lion hunt at the Granicus River in Asia Minor. The hunt was both a favorite pastime of the Macedonian kings and nobles of that age and a favorite subject for paintings. Courtesy https://www.ancient.eu/image/5017/lion-hunt-pebble-mosaic-from-pella/. Pella was the birthplace of Alexander the Great.

Congratulations on your feature! Excellent capture and artwork! Fl