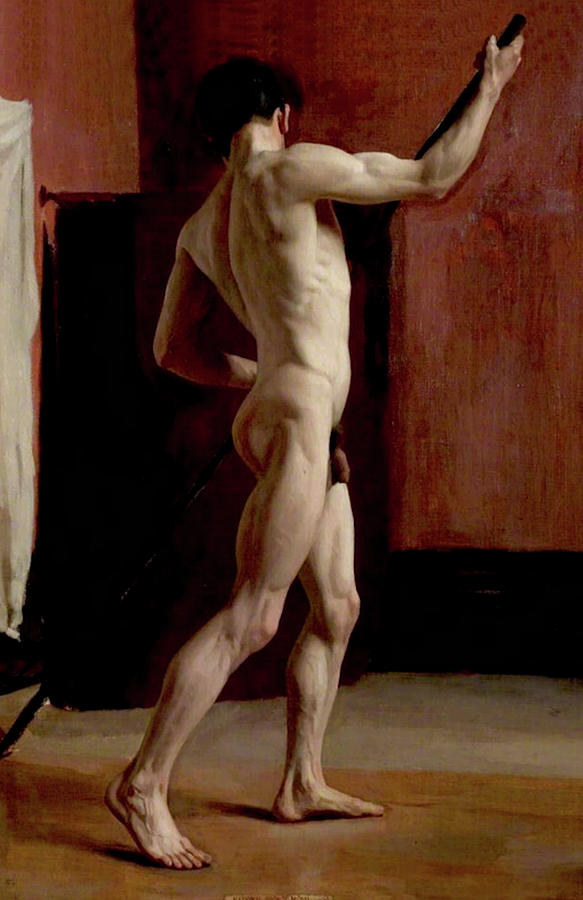 This is a reproduction of Harold Knight’s “Standing Male Nude” of 1898. The artist was born in Nottingham, England in 1874 and studied in the School of Art there. He was considered the most outstanding student and met his bride of 1903 there. She was also a painter. He studied in Paris and at Staines and in 1907 joined the Newlyn School in Cornwall. He was a consciencious objector in World War I and this led to social, physical and mental strains. He was elected a full member of the Royal Academy in 1937 and died in 1961. This painting was completed when Knight was twenty-four years old. It is currently in the Nottingham Castle Museum and Art Gallery. An oil on canvas painting has been made of this masterpiece. It measures 13 x 20 and is mounted on wooden bars. It is in the possession of the artist.