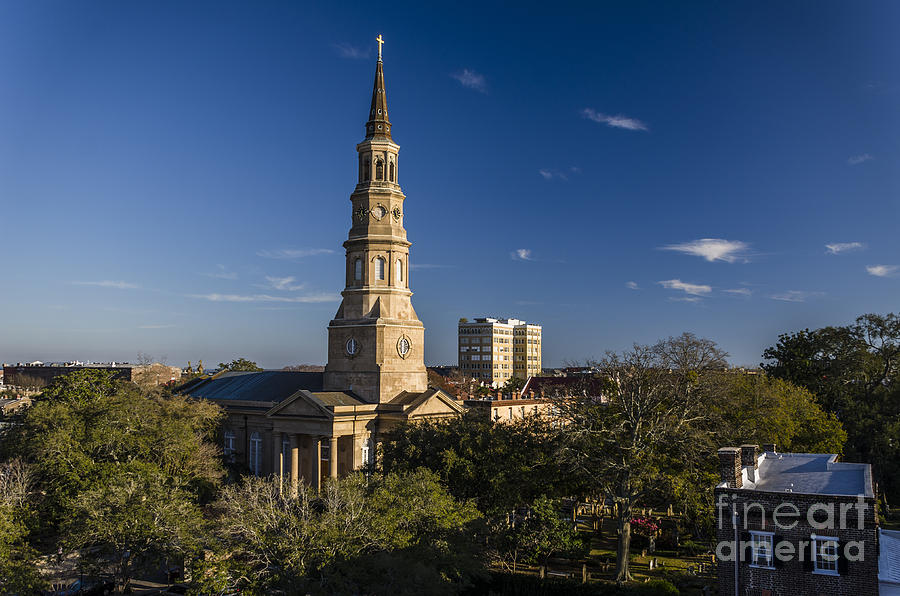 Established in 1681, St. Philip's is the oldest religious congregation in South Carolina. The first St. Philip's Church, a wooden building, was built between 1680 and 1681 at the corner of Broad and Meeting streets on the present day site of St. Michael's Episcopal Church. It was damaged in a hurricane in 1710 and a new St. Phillip's Church was begun a few blocks away on Church Street. After being delayed it was finished in 1723 but burned to the ground in 1835. Work on the present church was begun that same year and completed the next. The steeple was added between 1848 and 1850.[6][7]

The wife of another early rector, Gideon Johnston, was Henrietta Johnston, who became the first recorded female artist in the American colonies. Another artistic first with connections to the church was Mary Roberts, the first female American miniaturist, whose burial was recorded in the register in 1761.[12]

The tower of St. Philip's served for many years as the rear tower of a set of range lighthouses serving to guide mariners into Charleston's harbor; the front tower of the range was located on Fort Sumter. The church is one of only two in the United States known to have served such a function.