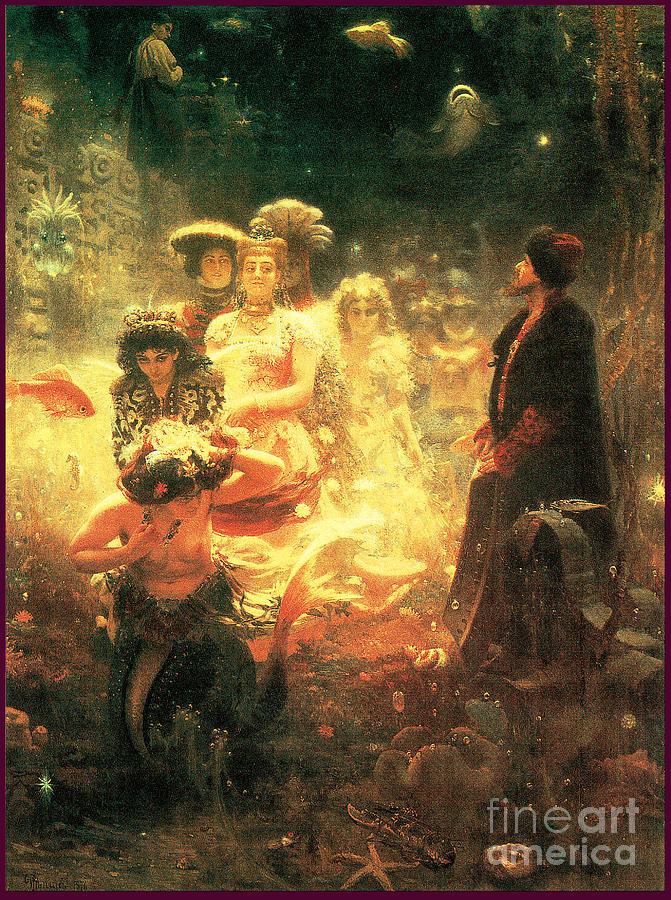 Sadko 1876, Ilya Repin, Sadko (Russian: Садко) is the principal character in an East Slavic epic bylina. He was an adventurer, merchant, and gusli musician from Novgorod. Ilya Yefimovich Repin (Russian: Илья Ефимович Репин; Finnish: Ilja Jefimovitš Repin; Ukrainian: Ілля Юхимович Рєпін, romanized: Illia Yukhymovych Riepin; 5 August [O.S. 24 July] 1844 – 29 September 1930) was a realist painter of Ukrainian origin in the Russian Empire. He was the most renowned Russian artist of the 19th century, when his position in the world of art was comparable to that of Leo Tolstoy in literature. He played a major role in bringing Russian art into the mainstream of European culture. His major works include Barge Haulers on the Volga (1873), Religious Procession in Kursk Province (1883) and Reply of the Zaporozhian Cossacks (1880–1891).