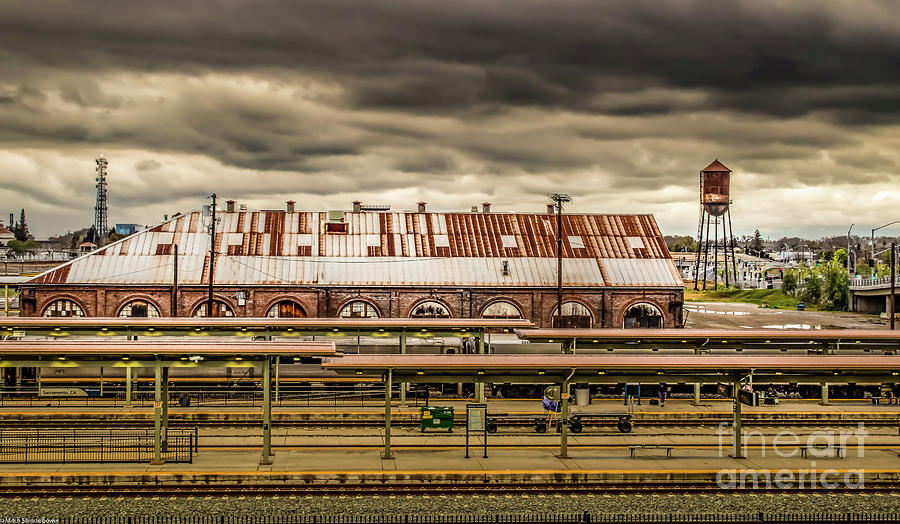 The original Sacramento station was the terminal of the Central Pacific Railroad. The present building, designed by the San Francisco architectural firm of Bliss and Faville for the Southern Pacific Railroad, was built in 1926 in the Renaissance Revival style. Decorative features include a red tile roof and terracotta trim, as well as large arches on the main facade. Inside, the waiting room has a mural by artist John A. MacQuarrie that depicts the celebration of the groundbreaking for the First Transcontinental Railroad on January 8, 1863 in Sacramento. The Central Pacific started from Sacramento and built east to Promontory Summit, Utah, where it met the Union Pacific Railroad. The station is now owned by the City of Sacramento.[12] With the creation of Amtrak on May 1, 1971 the station became Amtrak-only. The station was listed on the National Register of Historic Places in 1975 as "Southern Pacific Railroad Company's Sacramento Depot".[4]

For most of Amtrak's first two decades, the only trains calling at Sacramento were long-distance routes. The California Zephyr and its predecessors have served the station from Amtrak's inception; several pre-Amtrak predecessors of the Zephyr stopped in Sacramento from the 1930s onward. The Coast Starlight arrived in 1982. From 1981, the Spirit of California ran as a sleeper to Los Angeles along the far southern leg of the Coast Starlight route. Service expanded dramatically in 1991 with the introduction of the Capitols service, now the Capitol Corridor. Partly due to its success, it is now the second-busiest station in the Western United States, behind only Los Angeles Union Station, and the seventh-busiest station overall.