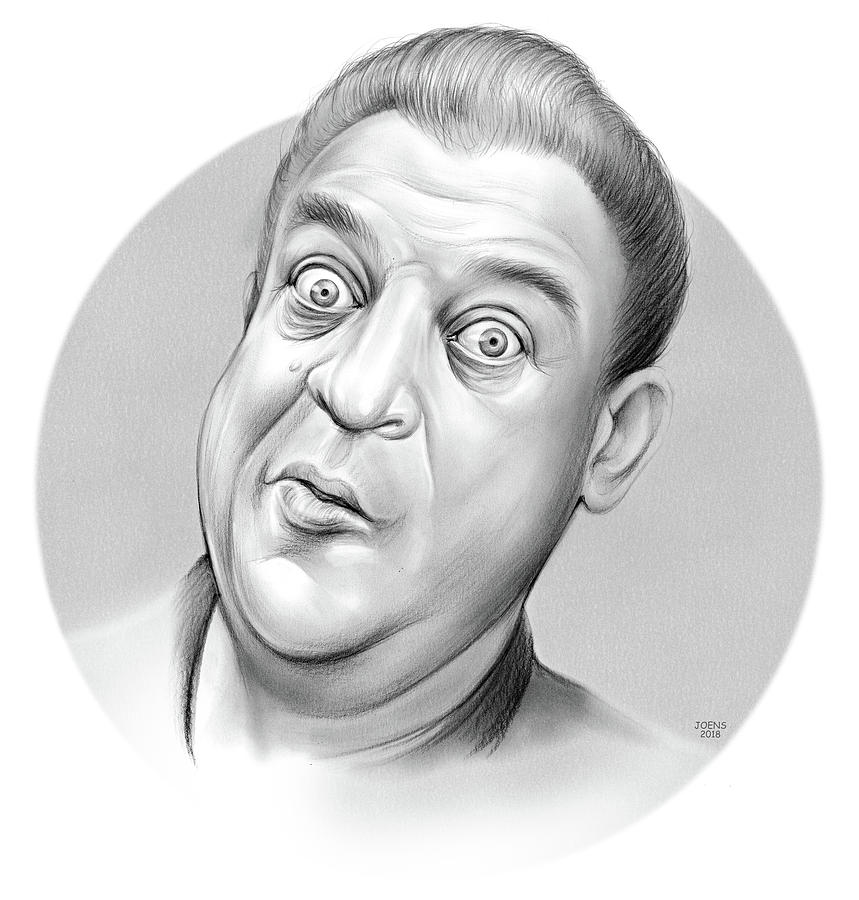 Sketch of the Day...
Rodney Dangerfield

Jack Roy (born Jacob Rodney Cohen, November 22, 1921 – October 5, 2004), popularly known by the stage name Rodney Dangerfield, was an American stand-up comedian, actor, voice artist, filmmaker, musician[8] and author known for his self-deprecating one-liners humor, his catchphrase "I don't get no respect!" and his monologues on that theme.

He began his career working as a stand-up comic in the Borscht Belt resorts of the Catskill Mountains north of New York City. His act grew in notoriety as he became a mainstay on late-night talk shows throughout the 1960s and 1970s, eventually developing into a headlining act on the Las Vegas casino circuit. A few bit-parts in films such as The Projectionist appeared throughout the 1970s, but his breakout film role came in 1980 as a boorish nouveau riche golfer in the ensemble comedy Caddyshack, which was followed by two more successful films: 1983's Easy Money and 1986's Back to School. Additional film work kept him busy through the rest of his life, mostly in comedies, but with a rare dramatic role in 1994's Natural Born Killers as an abusive father. Health troubles curtailed his output through the early 2000s before his death, in 2004 after a month in a coma due to complications from brain surgery.