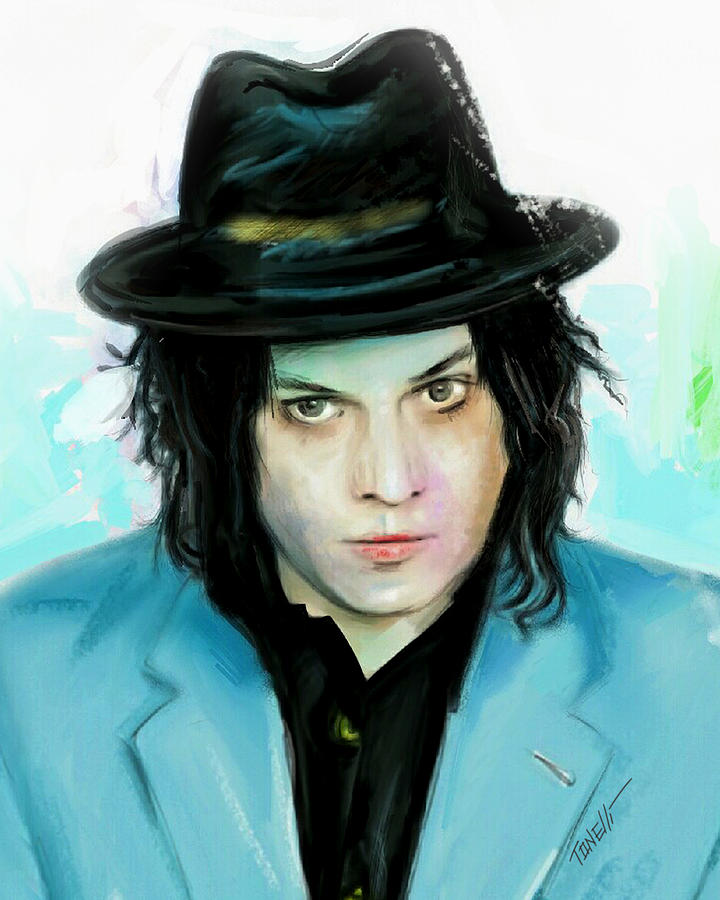 Jack White (born John Anthony Gillis; July 9, 1975)
is an American musician, singer, songwriter and record producer. He is known as the lead singer and guitarist of The White Stripes, and has had success in other bands and as a solo artist. On April 24, 2012, White released his debut solo album, Blunderbuss. His second studio album, Lazaretto, was released on June 10, 2014. Both received wide commercial and critical acclaim.

BRAVO! Your artwork has earned a FEATURE on the homepage of The Artists Group, 1/14/2021! You may also post it in the Group's Features discussion thread and any other thread that fits! lf

Congratulations, on SHOWCASED ARTIST, in Pretty In Pink Blue or Purple, group!

Congratulations I love the intensity, you managed the gaze.

CONGRATULATIONS Mark! This amazing painting is being SHOWCASED this week in Pretty in Pink Blue or Purple. Your painting is exceptional and arresting. Thank you for submitting it!

Thank you so much!♡

Congratulations! Your fantastic piece of art is featured this week in Pretty in Pink blue or purple! Thank you for your submission. l/f