In God We Trust Barn 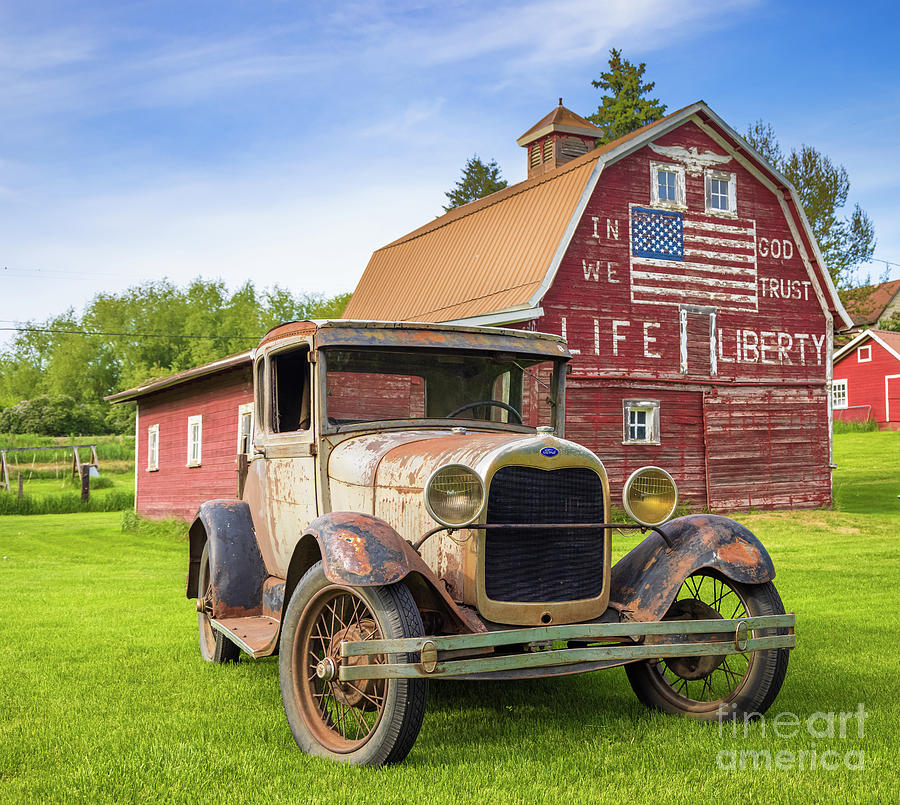 In God We Trust Barn

Old car in Latah, a town in Spokane County, Washington, United States. Latah is a town in Spokane County, Washington, United States. The population was 183 at the 2010 census. It was named for the nearby creek, Latah Creek, from the native word for fish. The town was formerly called, Hangman's Creek and Alpha. Latah was officially incorporated on April 9, 1892, with Ben Coplan appointed as the first mayor in 1893. Ben's famous mammoth served as the centerpiece of the Washington Pavilion at Chicago's World Columbian Exposition of 1893.

Your beautiful picture has been featured in the "Travel Art" group's front gallery! For further exposure, please see the Social Media links on our home page: https://fineartamerica.com/groups/1-travel-art.html

Congratulations on your "Best of the Best" feature, Inge.

Congratulations, Inge on your Feature in BEST OF THE BEST OF WFS FINE ARTISTS !

Awesome composition and find, Inge, congratulations on your win in the RUSTY JEWELS-VEHICLES ONLY GROUP LOGO FOR AUGUST contest!

Congratulations on your 1st place! I voted for this one. Great job!

A terrific scene with the old patriotic barn and rusty truck Inge! Congrats on your Feature in Barns Big and Small. We also added our like. Celebrate life, Debra and Dave

Congrats on your feature in WFS. Wonderful olde worlde scene

Delightful find! Congratulations on being chosen Best of the Best in WFS. FL

Inge, Great capture of a time past! Also congratulations on having two photographs In the Best of the Best on WFS!

Wonderful, Congratulations on your Best of the Best of WFS Artists!!!! L

Congratulations on your Best of the Best homepage Feature of the Week in WFS!!...L

Dear Wisconsin Flowers and Scenery Group Member, You are to be congratulated on your achievement of getting your beautiful piece of artwork chosen to be featured in our “Best of the Best” section of our homepage. This is truly an honor to be selected for this special feature. If your works are featured, it is always an honor, but this honor is above and beyond what one sees most of the time. It is excellently done and presented and deserves a special place on our homepage. Happy sales to you till we meet again.