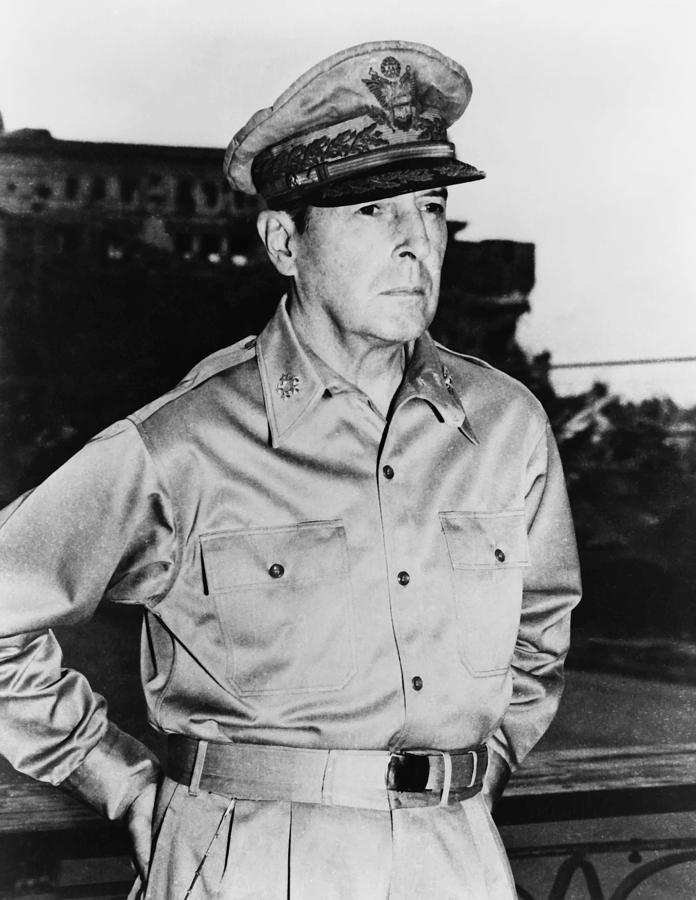 MacArthur was a highly decorated career soldier. He fought bravely during World War One, World War Two, and Korea. Douglas and his father (Arthur MacArthur) were the first father and son ever to both earn the Medal of Honor. (The only other father/son being Teddy Roosevelt and his son Teddy Jr.) MacArthur was a true hero at heart, but was considered controversial by many for his self serving command decisions and publicity stunts. MacArthur was one of only five men ever to rise to the rank of General of the Army (Five Stars). During a farewell address given before the U.S. Congress he famously stated, "Old soldiers never die, they just fade away". Celebrate WW2 and American History with this digitally restored vintage poster from The War Is Hell Store.