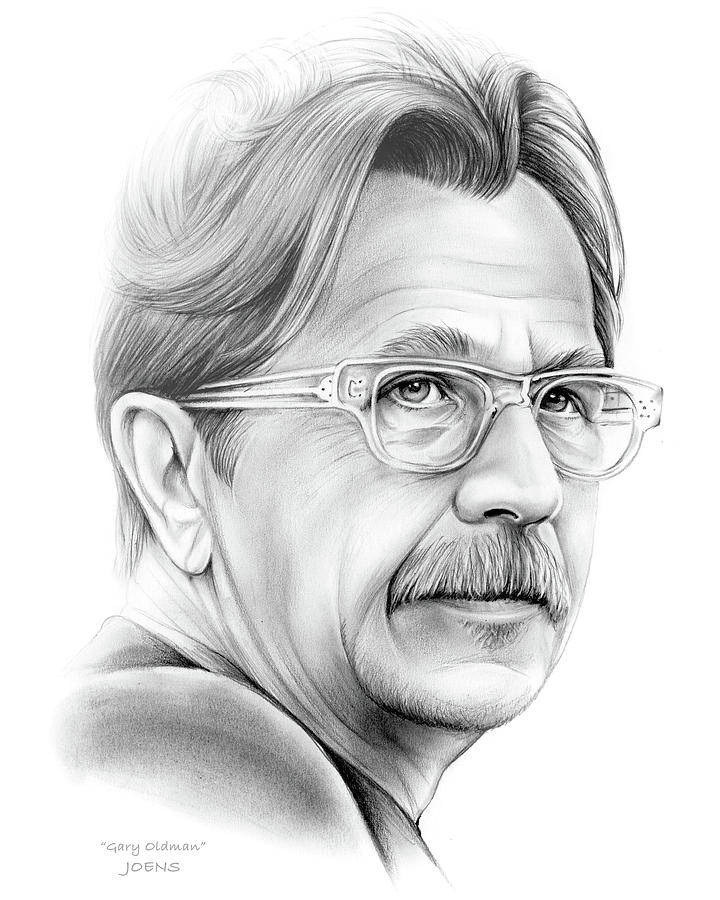 Gary Leonard Oldman (born 21 March 1958)[2] is an English actor, filmmaker, musician and author who has performed in theatre, film and television. He is known for his "big" acting style and on-screen diversity.

Oldman began acting on stage in 1979, and gained his first starring film role in Meantime (1983). He continued to lead an award-winning theatre career, during which he performed at London's Royal Court and was a member of the Royal Shakespeare Company, with credits including The Massacre at Paris (1980), Entertaining Mr Sloane (1983), Saved (1983), The Country Wife (1987) and Hamlet (1987). Oldman's portrayals of Sid Vicious in Sid and Nancy (1986), Joe Orton in Prick Up Your Ears (1987), a football firm leader in The Firm (1989) and the titular Rosencrantz in Rosencrantz & Guildenstern Are Dead (1990) established him as a screen actor, with his reading of Orton bringing a BAFTA Award nomination. Identified in the late 1980s with the "Brit Pack", the critic Roger Ebert called him "the best young British actor around." Oldman increasingly starred as offshore characters, playing a gangster in State of Grace (1990), Lee Harvey Oswald in JFK (1991), and Count Dracula in Bram Stoker's Dracula (1992), which earned him the Saturn Award for Best Actor.

Oldman went on to star as the antagonist of films such as True Romance (1993), The Fifth Element (1997), Air Force One (1997), and The Contender (2000), for which he garnered a Screen Actors Guild Award nomination; corrupt DEA agent Norman Stansfield, whom Oldman portrayed in Léon: The Professional (1994), has been ranked as one of cinema's greatest villains. He meanwhile gave a critically acclaimed reading of Ludwig van Beethoven in Immortal Beloved (1994). In the 21st century, Oldman is known for his roles as Sirius Black in the Harry Potter series; James Gordon in The Dark Knight Trilogy; Lord Shen in Kung Fu Panda 2 (2011); George Smiley in Tinker Tailor Soldier Spy (2011), which brought Academy and BAFTA Award nominations for Best Actor; and a human leader in Dawn of the Planet of the Apes (2014). Motion pictures in which he has starred have grossed over $10.6 billion. In 2011, Empire readers voted Oldman the recipient of the Empire Icon Award. He will portray Winston Churchill in Darkest Hour (2017).

Outside of acting in film, Oldman wrote and directed the double BAFTA Award-winning, Palme d'Or-nominated Nil by Mouth (1997); made an Emmy Award-nominated guest appearance in the Friends two-part episode "The One with Monica and Chandler's Wedding" (2001); featured in music videos for David Bowie, Guns N' Roses and Annie Lennox; and provided the voice of Viktor Reznov in the Call of Duty video game series.