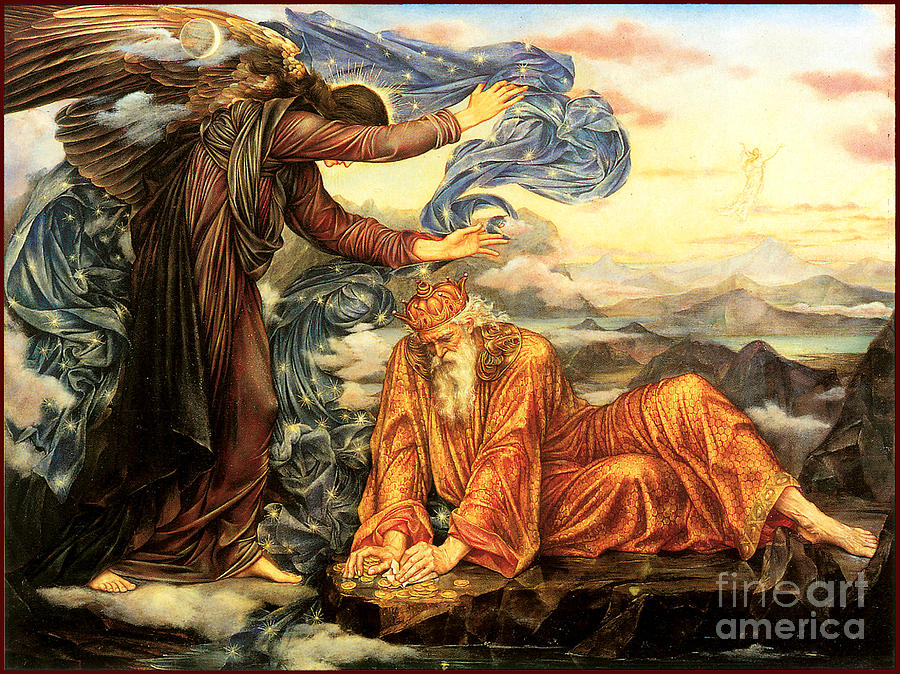 Earthbound 1897, Evelyn De Morgan, Evelyn De Morgan (30 August 1855 – 2 May 1919), née Pickering, was an English painter associated early in her career with the later phase of the Pre-Raphaelite Movement. Her paintings are figural, foregrounding the female body through the use of spiritual, mythological, and allegorical themes. They rely on a range of metaphors (such as light and darkness, transformation, and bondage) to express what several scholars have identified as spiritualist and feminist content. She boycotted the Royal Academy and signed the Declaration in Favour of Women's Suffrage in 1889.[5] Her later works also deal with the themes of war from a pacifist perspective, engaging with conflicts like the Second Boer War and World War I