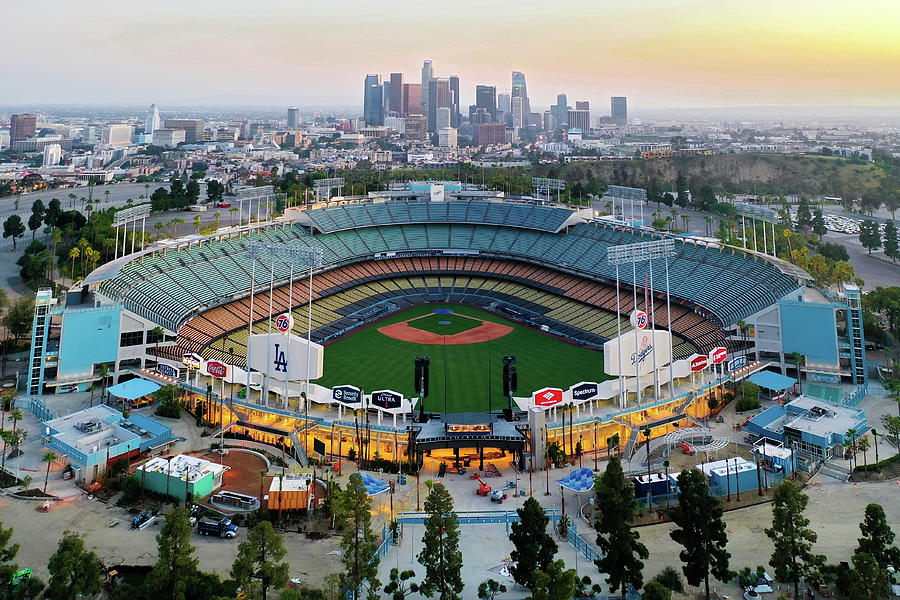 Dodger Stadium is a baseball park in the Elysian Park neighborhood of Los Angeles, California. It is the home stadium of Major League Baseball's Los Angeles Dodgers. Opened 58 years ago on April 10, 1962, it was constructed in less than three years at a cost of US$23 million. It is the oldest ballpark in MLB west of the Mississippi River, and third-oldest overall, after Fenway Park in Boston (1912) and Wrigley Field in Chicago (1914), and is the world's largest baseball stadium by seat capacity. Often referred to as a "pitcher's ballpark", the stadium has seen 12 no-hitters, two of which were perfect games.

Excellent photo of this awesome view!