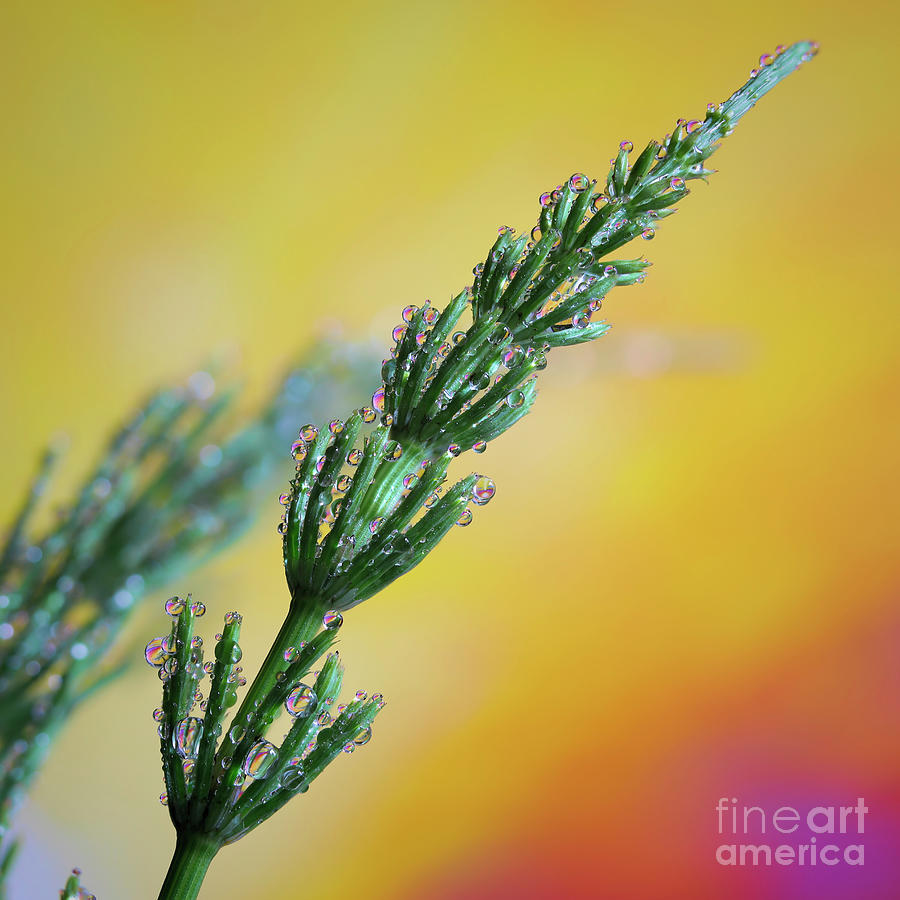 Equisetum arvense, the field horsetail or common horsetail, is an herbaceous perennial plant in the Equisetopsida (the horsetails), native throughout the arctic and temperate regions of the northern hemisphere. It has separate sterile non-reproductive and fertile spore-bearing stems growing from a perennial underground rhizomatous stem system. The fertile stems are produced in early spring and are non-photosynthetic, while the green sterile stems start to grow after the fertile stems have wilted and persist through the summer until the first autumn frosts. Salo, southwestern Finland.
Fine Art America watermark will not appear on purchased artwork.

What a cool work!

So beautiful in color, simplicity and dimension!