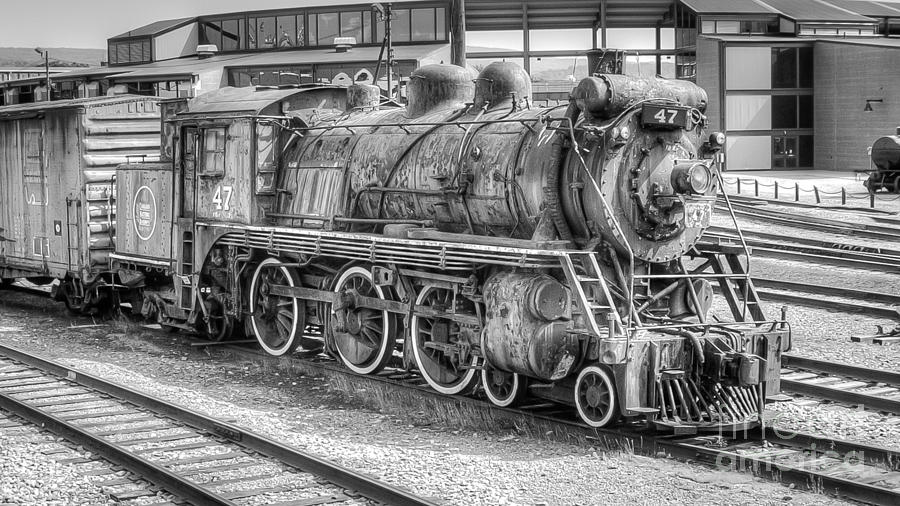 The Canadian National #47 is a preserved 4-6-4 tank locomotive in the United States of America. It is one of only three preserved CN 4-6-4Ts (CN #49 at the

Canadian Railway Museum, Delson, Quebec and CN #46 at Vall￿Jonction, Quebec), and is the only Baltic type suburban tank locomotive remaining in the USA. The

#47 was built by the Montreal Locomotive Works in September 1914 for the Grand Trunk Railway as its number 1542, class K2, but became a CN locomotive after the

creation of the Canadian National Railway in 1923. Its CN classification was X-10-a. Along with its sister locomotives, #47 was based in Montreal and was used exclusively in commuter service. credit wikipedia