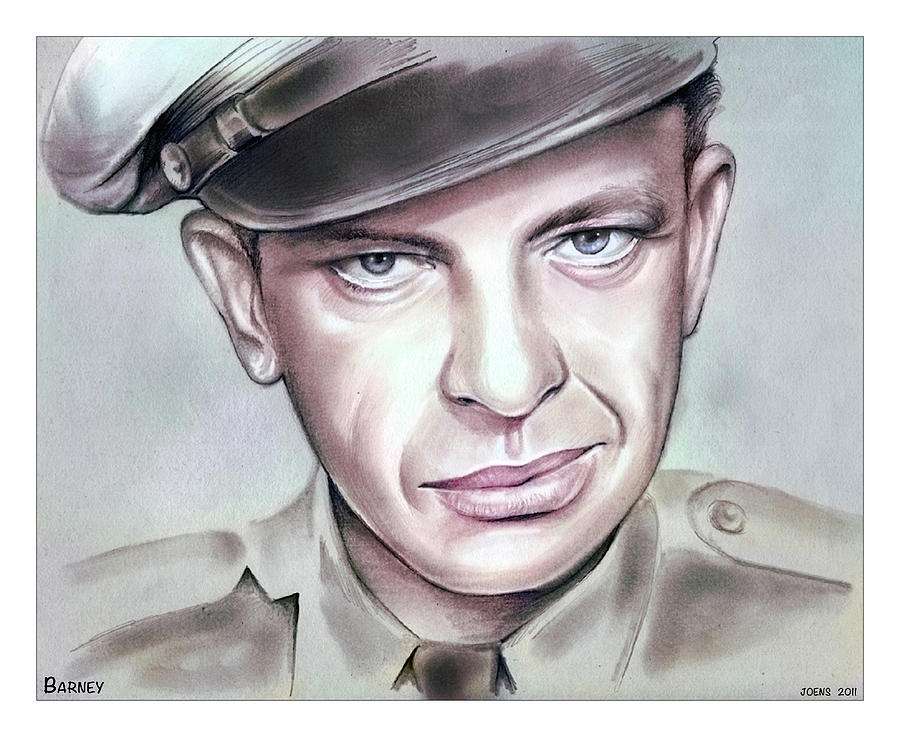 Bernard "Barney" Fife[nb 1] is a fictional character in the American television program The Andy Griffith Show, portrayed by comic actor Don Knotts. Barney Fife is a deputy sheriff in the slow-paced, sleepy southern community of Mayberry, North Carolina. He appeared in the first five seasons (1960–65) as a main character, and, after leaving the show at the end of season five, made a few guest appearances in the following three color seasons (1965–68). He also appeared in the first episode of the spin-off series Mayberry R.F.D. (1968–1971), and in the 1986 reunion telemovie Return to Mayberry. Additionally, Barney appeared in the Joey Bishop Show episode, "Joey's Hideaway Cabin" and, unnamed, in the first episode of The New Andy Griffith Show.

You have a wonderful gift Greg, this is an incredible likeness of Barney, along with so many more in your gallery!!!!...like/tweet