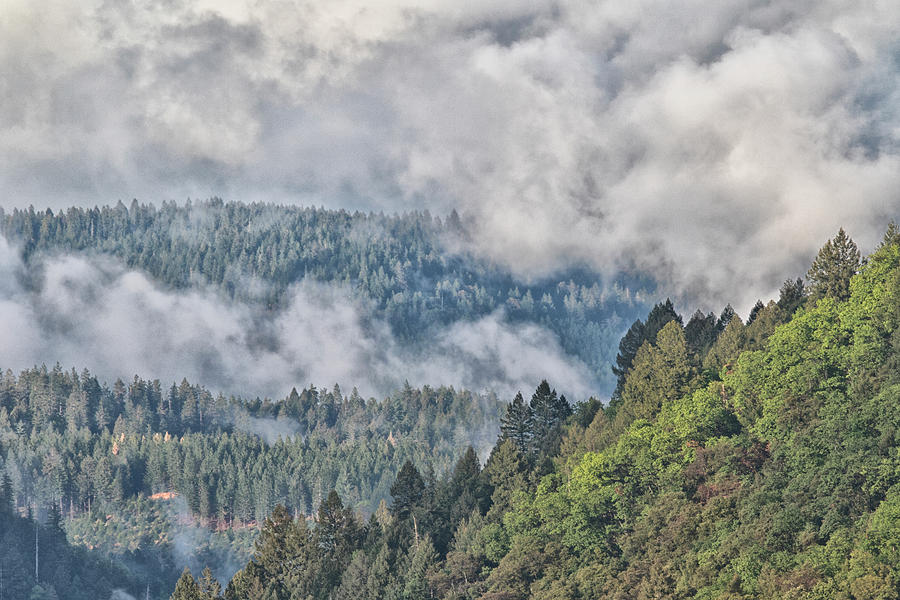 A day's Back after 2 days of rain, on and off, my friend David knocked on my door, and said check it out! I Did, it was Beautiful outside! The Mountains around Nevada City can be wonderful after a sweet Rainstorm!
Several communities have been established on the Ridge over the past 40 years to develop music, the arts, sustainable living and spirituality. Among those is Ananda Village, an extensive property on the Middle Yuba River founded in the late 1960s and blending yoga, meditation and Hindu beliefs with Christian traditions, simple living and high thinking.

Residents’ focus on beauty and community has led them to plant thousands of tulips and other bulbs every year, inviting the public to view the breathtaking spectacle. (For more on the garden open house,
More than one Ridge resident has joked that they enjoy the perception that residents are a bunch of wild-eyed, weed-growing renegades – because that keeps the lowlanders out.

But dig a little deeper and you’ll find a passionate commitment to the diversity and eccentricity embraced by the community.

All agree a tremendous amount of talent is tucked away in the area – including Pulitzer prize-winning poet Gary Snyder, world-class fiddler Alasdair Fraser, woodworker Robert Erickson – whose floating-back rocker is housed at the Smithsonian – and author Steve Sanfield, who founded the Sierra Storytelling Festival.

“One of the realities is, we’re seen as a bunch of uneducated hippies,” Noel said. “But a lot of people on the Ridge care deeply about the education of their children and give copiously of their time to the community.”

One of those now-grown children is Rainy Blue Cloud, whose parents moved to the Ridge from Marin County in the early 1970s.

“They weren’t hippies so much as bohemians,” the Columbia University graduate said. It runs in the family: Her grandfather was an intellectual beatnik who hung out with writer Jack Kerouac.

For Blue Cloud, what sets the Ridge apart is the sense of family that permeates the community and a strong sense of place.

“There are a lot of little micro-communities out on the Ridge,” she said. “It is like a mini-Nevada County, with different opinions and lifestyles.”

Thanks so much Marv!!

Very nice scene and image Tom; love the interplay between the tree lines and the drama in the clouds. Also really enjoyed reading about the communities in your description.